Welcome to this environmentally friendly website. Why Organic Sanity?

Well, the opposite to that would be inorganic insanity, which about sums up what most of the modern agricultural, food production and waste disposal industries are all about.

Here I'll try to bring you as much information about natural and organic living as I can gather through my own research to help you to make informed choices on what you do or don't do, eat or live. 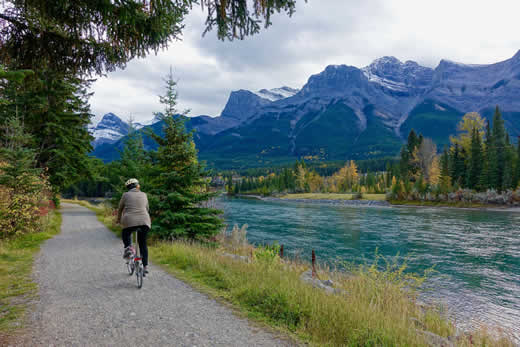 In fact, there are ways of getting around that are totally organic and could quite genuinely be described as traffic. I'm talking about pedal power on two wheels: the bicycle!

OK, that's not the only one. For the lazier traveler there are electric vehicles around that don't put out any pollution into our atmosphere.

What's not so good about them is they aren't very recyclable as the batteries they use contain corrosive acid and heavy metals (lead) or worse (nickel-cadmium or lithium).

But then you could go crazy by running down all the modern attempts to cut down on pollution in order to keep our transport system going. At least many of them are rather better for the environment than the carcinogenic exhaust fume producing internal combustion engine!

Believe it or not, even that environmental nightmare has a good side. The diesel engine was originally invented to run on heavy oil (vegetable oil in particular).

And it really will, with a little modification

And what comes out of the exhaust is a darn sight cleaner than when those engines are used to burn mineral diesel oil.

It is even possible to run a modified internal combustion engine entirely on hydrogen gas/oxygen mixed (HHO). The by-product that comes out of the exhaust is water vapour and nothing else!

So if these alternatives are there, tried and tested and are known to work, why do you suppose they aren't the main methods of transport in the twenty-first century?

Don't make your head hurt by trying to figure that one out. It's easy. Just think of that thick black liquid that comes out of the ground and makes some very large companies some very serious profits every year.

It's what lives are risked at crazy depths under the sea to drill out. It's what countries go to war for. It's what the world economy is based on.

Without it, where would we be? Hmmm.

As for this site in general, I've not gone overboard in trying to turn it into a money making machine as it's not really that sort of site. True, there are a few affiliate books and other bits and bobs here and there that I've put up to earn a few dollars from it so it can pay its way and justify my time in looking after it.

However, in the end, there are my other higher profile sites that can do that much more effectively. That leaves this place to run at a nice, sedate pace. Which fits in nicely with an organic lifestyle!

So don't despair if you notice the odd advertising banner appear here and there. It's not a sign that tons more will follow, just me trying to make an honest buck from my writing and blogging.

Lastly, hows this for a neat organic tip:

If you're worried about burning wood in a stove because of the CO₂ emissions, don't.

If left to rot naturally in the wild, that lump of wood will give off exactly the same amount of CO₂ as it decomposes naturally as it would if your burned it. So in actual fact you are not doing the environment any more damage by burning it and actually saving on other non-renewable sources of fuel like oil.

Oh, and one last thing. Carbon dioxide (CO₂) makes up less than 0.3% of the Earth's atmosphere. As a claimed greenhouse gas, it doesn't really stretch to being the massive problem all the scaremonger politicians and loud-mouthed environmentalists are yelling about.

What's more, CO₂ is heavier than air. Um, yeah. That means it sinks to the ground most of the time. So even that measly 0.3% is mainly congregating around your feet, not making a greenhouse in the upper atmosphere.

The real culprit greenhouse gas is water vapor. Think about that!